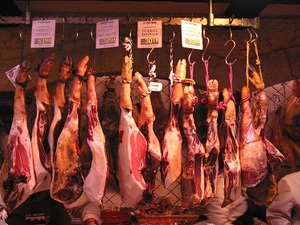 The army has scrapped meat from all meals it offers to soldiers on duty as food prices skyrocket because of a deepening economic crisis, state media said Tuesday.

Lebanon is in the throes of its worst economic downturn since the 1975-1990 civil war, with poverty surging to now afflict around half of the population.

Although the country's currency is officially pegged at 1,507 pounds to the dollar, a shortage of hard currency has seen its black market value plummet to more than 8,000 to the greenback.

As a result, food prices have shot up by at least 72 percent since the fall, the non-governmental Consumer Protection Association says.

Prices are expected to climb further as the currency continues to dive.

The army has "completely scrapped meat from meals offered to soldiers while they are on duty," the National News Agency said, citing the economic crisis.

Economy Minister Raoul Nehme announced on Tuesday the price of a 900-gram packet of bread will climb from 1,500 ($1) to 2,000 Lebanese pounds, according to the NNA.

Lebanon relies on imports for most of its food, but a scarcity of dollars and a plummeting local currency have made such imports both costly and difficult.

Lebanon, which has a sovereign debt equivalent to 170 percent of its GDP, defaulted on its debt in March for the first time in its history.

The economic crunch has sparked months of unprecedented protests against official corruption and the banking sector.

The union of butchers and cattle farmers said Tuesday that more than 60 percent of butcher shops had closed in recent weeks.

It blamed the collapse of the pound and a decision by commercial banks to halt dollar withdrawals and transfers.

After a meeting on Tuesday, the union addressed authorities, saying: "Either you release our trapped dollar savings from banks or you support the livestock sector... otherwise we will have no choice but to completely close down."

Basita, it's a useless army which costs us an arm and a leg every year. They've never won any war, they'repassive with hizbala despite the IN resolutions. We don't need it. All we need is a strong police force with an elite swat team. Look at the generals, they're all unfit if not obese, the diet will be good.

I can’t but wonder given the photo poster if the LAF prefers jamón Serrano or jambon de Parme.