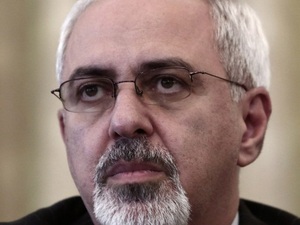 Iran said Tuesday that the preservation of a nuclear accord depended on the scheduled end in October of a U.N arms embargo as the United States seeks to extend it..

"The timetable for the removal of arms restrictions embodied in Resolution 2231 is an inseparable part of the hard-won compromise," Iranian Foreign Minister Mohammad Javad Zarif told a Security Council session, referring to the 2015 resolution that blessed the deal.

"Any attempt to change or amend the agreed timetable is thus tantamount to undermining Resolution 2231 in its entirety," he said.