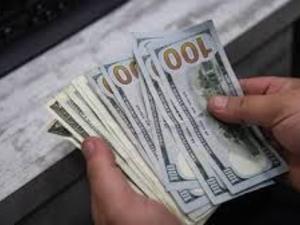 Investigations focus on the source of these funds and how they were moved out of Turkey and the purpose for their use in Lebanon, said the daily.

It noted that the detainees gave conflicting statements claiming the money is allocated for money exchange operations which necessitated the expansion of interrogations after fears the money could be used to "destabilize security."

Interior Minister Mohammed Fahmi said in a statement that “police arrested four individuals, two Turks and two Syrians, coming from Turkey on a private plane on charges of transporting $4 million. They claimed to own a money exchange company.”

Fahmi said police “still have no clue whether these funds are for smuggling and dollar manipulation or to fuel violent movements in the Lebanese street," noting that “instructions are arriving from Turkey through WhatsApp to some parties of the popular movement. What brought these people to Lebanon carrying this money?" he asked.

State Prosecutor judge Ghassan Oweidat ordered “expanded” investigations into the case to verify the source of the funds and “the purpose of their use."

However, a judicial source who spoke on condition of anonymity told the newspaper, the detainees claimed the money was moved into the country in favor of two large money transfer companies between Lebanon and abroad, one of which belongs to a well-known businessman.

But officials of said companies assured in testimonies that the money did not belong to them, which raised doubts about their purpose, according to the judicial source.

“What raises suspicions is that $9 million were brought in two installments on board two private planes from Turkey to Beirut. The carriers of these funds claimed that gold trade in Turkey was the source of funds, bearing in mind that Turkish authorities ban any cash exit from the country which reinforces fears that the funds could be intended to finance groups on Lebanese soil," concluded the source.