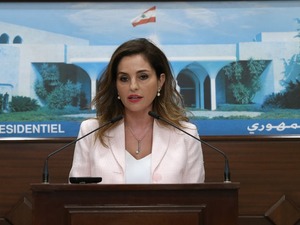 Cabinet on Tuesday appointed the members of the board of directors of state-run Electricite du Liban as it postponed taking a decision on the resignation of Finance Ministry Director General Alain Bifani.

Information Minister Manal Abdul Samad told reporters after the session that “Bifani’s absence during this period might have an impact on the negotiations with the International Monetary Fund.”

“That’s why we decided to postpone looking into his resignation,” she added.

As for the issue of auditing the accounts of the central bank and the controversy over the auditing firms’ suspected ties to Israel, Cabinet decided to request reports from security agencies to determine whether the firms have any links to Israel.

Take your time, it’s not like Lebanon is spiraling down out of control!