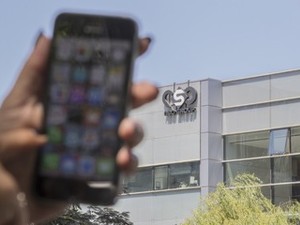 NSO has faced multiple accusations of cyber-espionage on human rights activists and others, including by the messaging service WhatsApp, which is suing the company in a U.S. court.

Many of the allegations have centered on the company's Pegasus product, a highly invasive tool that can reportedly switch on a target's cellphone camera and microphone and access data on it, effectively turning the phone into a pocket spy.

Amnesty claimed the technology was used against one of its staffers and petitioned a Tel Aviv Court to revoke its defense ministry issued export licence.

Judge Rachel Barkai rejected the petition, claiming there was "no evidence that an attempt has been made to monitor a human rights activist while trying to gain access to his telephone," in a ruling released Monday.

Last month, Amnesty alleged that NSO spyware was used against Moroccan journalist Omar Radi, who was convicted in March over a social media post.

Amnesty said that Radi had been "systematically targeted by the Moroccan authorities due to his journalism and activism."

The company declined to comment on any business it conducts in Morocco but said it was "troubled" by the allegations and would look into them.

A Moroccan court gave Radi a four-month suspended sentence for criticizing a judge in a tweet.

NSO has been in the headlines since 2016 when researchers accused it of helping spy on an activist in the United Arab Emirates.

Founded in 2010 by Israelis Shalev Hulio and Omri Lavie, NSO Group is based in the Israeli hi-tech hub of Herzliya, near Tel Aviv.

It says it employs 600 people in Israel and around the world.