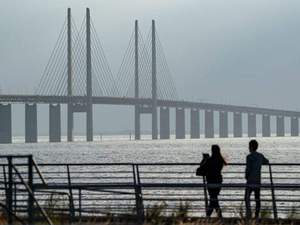 Known for ecological advances and a relatively light carbon footprint among industrialised nations, Sweden wants to be the first that is carbon neutral by 2045.

But the Swedish model has its limits.

Sweden is at the forefront of selective waste sorting, recycling and renewable energy.

In 1991, the Nordic country took an early step to a greener transition by introducing a tax on carbon. Nearly 30 years later, emissions -- which were already lower than the EU average -- have fallen by 26 percent.

Sweden also benefits from forests that cover two thirds of its land, and many rivers as sources of energy.

In 2018, Sweden was the EU's biggest per capita consumer of renewable energy, with 54.6 percent of total consumption coming from renewables, compared with an EU average of 18.9 percent.

"In Sweden, we live as if we have 4.2 planets," Swedish climate activist Greta Thunberg said scoldingly over the summer.

Annual greenhouse gas emissions based on consumption amount to about nine tonnes per person, according to the Swedish Environmental Protection Agency.

This is nine times more than required to meet the Paris Agreement's goal of keeping temperature levels "well below 2 degrees Celsius above pre-industrial levels."

According to calculations by the organization Global Footprint Network, if the world's population consumed like a Swede, the "Overshoot Day" -- when humanity has consumed all the natural resources that can be renewed in a year -- would have been April 3.

While largely covered by forests, most are designated "production-forests," meaning they are intended for forestry industries.

Ecologists warn that this threatens biodiversity and according to the Swedish Species Information Centre, one in 10 species living in the country's forests are on their "red list."

As for the Baltic, a mostly enclosed and shallow sea, and one of the most fragile on earth, it is exposed in particular to excessive amounts of fertilizer from agricultural wastewater.