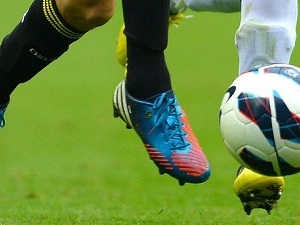 British lawmakers called for a reset of English football finances following the coronavirus pandemic, proposing an end to parachute payments and salary caps for the lower leagues.

The Commons Digital, Culture, Media and Sport Committee (DCMS) warned of the dire financial situation facing many English Football League (EFL) clubs and called on the Premier League to do more to spread its wealth throughout the game.

Parachute payments are paid to clubs for up to three seasons after they are relegated from the top-flight to avoid the financial shock of missing out on huge television income.

Yet instead of protecting those clubs who fall out of the Premier League, they have had a destabilizing impact as other clubs in the Championship overspend to try and keep up.

EFL chairman Rick Parry described parachute payments as "an evil that must be eradicated” when he appeared before the MPs on the committee in May.

This season six clubs in the Championship are in receipt of parachute payments, giving them an average of £40 million ($51 million) a club. The other 18 clubs get just around £4.5 million each in solidarity payments from the Premier League.

"The current football business model is not sustainable," the committee said in its report.

"The COVID-19 crisis has shone a stark light on the financial issues within football, specifically in the leagues below the Premier League."

The report said the top-flight was the "main income generator of English football" and if it did not step up to help the EFL, more clubs would follow in the footsteps of Bury, who went to the wall in August 2019.

The report added: "Parachute payments must become a thing of the past, and considerable work must be done to advance work on salary caps."

Talks are ongoing over salary caps for the Championship, League One and League Two next season.

The committee also called for more action on the under-representation of ethnic minorities on the boards of football clubs and what it described as the "slow progress in kicking out homophobia from football."

Legislation could be introduced outlawing homophobic chanting at matches in response.