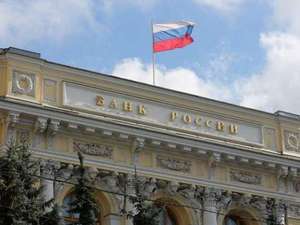 Russia's central bank on Friday cut its key rate by 0.25 points to 4.25 percent -- its lowest in recent history -- to speed economic recovery after coronavirus lockdowns.

The bank cited fears of "considerable" disinflationary pressures stemming from global virus restrictions in a statement announcing the cut.

"The recovery of the global and Russian economies will be gradual" even though easing restrictions have revived economic activity, the bank said.

It said inflation had increased slightly in June to an annualized 3.2 percent from 3.0 percent in May.

After GDP growth of 1.6 percent in the first quarter, the economy was hit by a "a steep decline in domestic and external demand," the bank noted in its statement.

In June, however, "the decline in industrial production, the contraction of orders in both external and domestic markets, and the growth in unemployment slowed down.

"Recovery continues in retail trade and the services sector," the bank said.

In June, retail sales fell by 7.7 percent from the same month a year earlier, while the unemployment rate stood at 6.2 percent.

The bank said weaker economic activity was due in part to both a drop in exports, and cuts in oil production set by the OPEC cartel and its allies including Russia to control oil prices after a dizzying fall in the spring.

The economic recovery could be unstable owing to a decline in household income, the bank said.

The bank's next monetary policy meeting is scheduled for September 18.