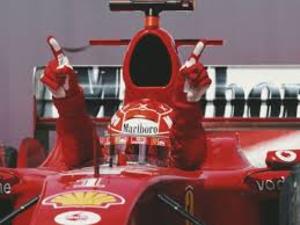 Tobacco giants have spent billions on advertising with Formula One teams over the years, and are again swelling their spending despite a supposed ban, industry monitors said Wednesday.

Since F1 was established 70 years ago, its teams and events have sold $4.4 billion in advertising and sponsorship to tobacco companies, the report said.

And after years of declining sponsorship spending, brought on by growing awareness about the harmful effects of tobacco products, national bans and a supposed ban within F1, the report said that spending last year reached "a staggering $100 million", putting it back at levels not seen since 2011.

The spending, by tobacco giants Philip Morris and British American Tobacco on the F1 Ferrari and McLaren teams, is this year expected to rise to $115 million, it said.

The findings prompted concern from the World Health Organization, with health promotion chief Ruediger Krech insisting in a statement that "we must not go backwards in the fight against tobacco."

The WHO estimates that tobacco use kills more than seven million people each year.

PMI and BAT last year formed partnerships with their scientific research subsidiaries and Formula 1 teams Ferrari and McLaren, more than a decade after cigarette advertising was all but banned from the sport.

The tobacco companies are no longer advertising for their traditional cigarette brands, but do appear to be pushing new, so-called "smoke-free" heated tobacco products, although they do not mention them by name.

The International Automobile Federation (FIA), Formula 1's ruling body, has since 2006 been opposed to any advertising or sponsoring of cigarettes or tobacco.

But Wednesday's report lamented that FIA's previous public commitment to fully ban tobacco sponsorship had been watered down to a mere recommendation in 2003.

"The FIA claims that it wants to promote a net positive contribution to society. That's not possible while it is still linked to an industry that causes such harm," Mary Assunta of STOP said in the statement.

Contacted by AFP, FIA insisted in an email that it "remains firmly opposed to tobacco advertising and continues to stand by its 2003 recommendations."

However, it said, "we are not in a position to interfere with the private commercial arrangements between the teams and their sponsors."

"We will continue to monitor the compliance with the applicable laws."

PMI meanwhile slammed STOP's "ideological attacks" and "misguided campaigns" against the company, insisting its partnership with Ferrari "does not and will not be used to advertise or promote any PMI-branded tobacco or nicotine-containing products."

Phil Chamberlain of STOP described such arguments as "a typically slippery move."

"PMI and BAT claim that they aren't directly advertising cigarette brands. But according to trademarks registered by the companies, these brands are associated with tobacco products."

Wednesday's report certainly indicated that the tobacco companies benefit from their involvement in the sport.

It found that media coverage of the 2019 races alone generated exposure worth "at least $150.3 million" for PMI's 'Mission Winnow' brand, and $27.6 million for BAT brands.

"For tobacco companies, the benefits are clear," co-author Caroline Reid of Formula Money said in the statement.

"This is a global sport that draws more than 500 million fans worldwide, mostly young and male — a prized demographic. And tobacco companies receive a real return on investment."