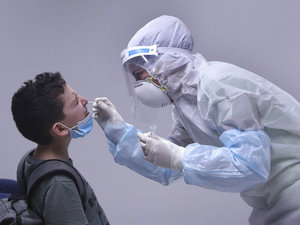 Lebanon on Wednesday confirmed 182 new coronavirus cases, its highest daily tally since the first case was detected on February 21.

According to the daily statement of the Health Ministry, 168 of the new cases were recorded among residents and 14 among expats who arrived in the country in recent days.

One more death was also recorded raising the death toll to 55, while the new cases raise the country's overall tally to 4,202 among them 1,753 recoveries.

136 COVID patients were meanwhile admitted into hospitals over the past 24 hours, including 30 into intensive care units.

Hmmm!! it must have something to do with the greedy hungry dollar grabber