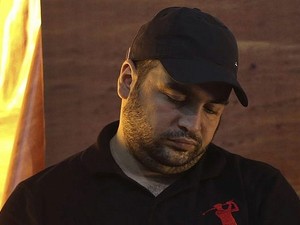 Quoting a source in Iran's Quds Force, the daily said Jawad’s convoy came under fire from a car that was chasing him in the Jadiriya area in Baghdad.

The source stated that Jawad Nasrallah had traveled 3 weeks ago to Tehran with a special message from his father to Iran's Supreme Leader Ayatollah Ali Khamenei.

He said due to major breaches of the American and Israeli intelligence services, commander of the Quds Force, Brigadier General Ismail Qanni asked Hassan Nasrallah not to transmit any sensitive messages to the Iranian leadership except through people he trusted.

The content of the message was not disclosed, but the source said that Nasrallah the son, met a number of Iranian officials before traveling to Iraq to convey a message from his father to leaders of Iraqi factions loyal to Iran, as well as to visit Karbala and Najaf and to meet the Supreme Shiite authority in Iraq, Ali Sistani.

Before he was able to make the necessary contacts to meet Sistani, a vehicle chased him and opened fire before fleeing away, which necessitated his transfer to Basra to return to Tehran and from there by plane to Syria, then by land to Beirut, which he reached two days ago, according to al-Jarida.

It would have been such a shame for Lebanon to loose such a bright kid who obviously has a future in (war) business. By the way, I can now reveal the special message from his father to the Iranian officials: "Our coffins are full after the Israeli attacks in Syria, and our coffers are empty with not much left to steal. Send more money, send more men!"

Better luck next time. Even better would be the father.

Can always count on a good news story from Naharnet once in a while. Turn up the heat these satanic heretics need to be wiped out. Story could have had a happier ending though.

The Lebanese are a funny breed as much as I love them, they have a tendency to blame one another and yet ink and paper (dollars) seems to be their Failure but more importantly than that the American rule I divide and conquer. That is the phase lebanon is going through, very foolish

I think you need to be targeted here. Generalisation doesn't say much about your understanding. The problem in Lebanon is iran and its supporters; they are the ones to be targeting here. The rest of the Lebanese, while not angels-just as in every other country in the world, are patriotic progressive, intelligent and decent.

Sorry for almost killing your daddy

Amazing how they hate the US, yet all his shirts are Polo Ralph Lauren which last time I checked is Jewish i think, and T-shirts with USA on them driving a Chevy Blazer to boot. Probably has iPhone as well just like all Hobos and their supporters.

Looks like a platinum member of McDonalds as well.

How about a pigeon to send your messages to Iran and Iraq? Mish haram 3al sabe?