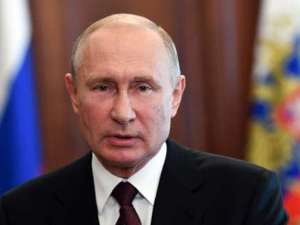 The Kremlin on Thursday denied any plan to destabilise an "ally" after Belarus arrested 33 Russians it said were mercenaries on a mission to disrupt upcoming presidential polls.

Belarusian security services on Wednesday arrested 33 Russians, saying the men were mercenaries on a mission to destabilise presidential polls in the ex-Soviet country.

Kremlin spokesman Dmitry Peskov said claims that "organisations from Russia are sending some people to destabilise the situation in Belarus" were "nothing but insinuations".

Strongman Alexander Lukashenko is seeking a sixth term in presidential polls on August 9 and the arrests came as the authorities have harshly cracked down on would-be opposition candidates and activists.

Peskov questioned the basis for the arrests, saying that Russia had "no information on any unlawful actions" by the men.

The incident "requires explanation", he said.