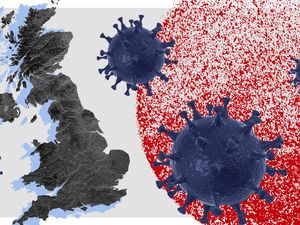 England recorded the most excess deaths in Europe in the first half of 2020, while Spain saw the highest peak in fatalities as the coronavirus ravaged the continent, data showed Thursday.

Britain's Office for National Statistics (ONS) found England had higher above-average death numbers for longer than all European countries from the end of February to mid-June.

Spain registered the second-highest toll in excess deaths -- defined as the number of fatalities registered in excess of the five-year average -- while Scotland saw the third worst figures, the ONS said.

"While none of the four UK nations had a peak mortality level as high as Spain... excess mortality was geographically widespread throughout the UK during the pandemic," said Edward Morgan, of the ONS.

"Combined with the relatively slow downward 'tail' of the pandemic in the UK, this meant that by the end of May, England had seen the highest overall relative excess mortality out of all the European countries compared."

The Spanish capital Madrid has been the worst-hit major European city for excess deaths, with a peak in the week ending March 27.

However, by the last week in May, England had recorded so many weeks of above-average deaths that it led the European comparisons.

The UK government's daily count of deaths by people who had tested positive for COVID-19, also shows the country has suffered the deadliest outbreak in Europe.

That toll, a less comprehensive measure than excess mortality, currently stands at 45,961 deaths.

However, the ONS has already reported that Britain recorded 65,000 more deaths than usual during the first few months of the pandemic to the end of June.