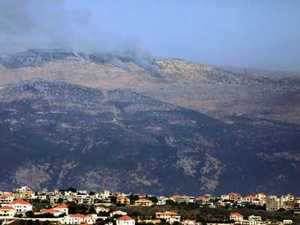 Israeli television channel, I24news, said Israeli Defense Minister Benjamin Gantz, ordered the army to “destroy” vital Lebanese facilities if Hizbullah carries out any retaliatory attack against soldiers or citizens, in response to the killing of one of its officers near Damascus with an Israeli raid.

The source pointed out that Gantz issued these instructions during a session held Thursday, in the presence of the Israeli Chief of Staff, Aviv Kochavi and a number of senior army leaders.

Gantz had reportedly stressed that if Hizbullah carries out an attack, Lebanon “will see an unprecedented Israeli response against its infrastructure and vital facilities.”

If Hizbullah fightets dare to provoke Israel militarily, it will be Round 2 of the 2006 war but with much more painful outcome for Lebanon. Therefore, permanent peace on the Lebanese-Israeli border must be preserved.

This is the very first time that Israel has threatened Lebanese infrastructure if Hizballah raises its head. However, if this verbal warning is not enough to get the LAF and the Government to wake up, get off their back sides and deal with the problem of Hizballah, then they deserve everything they get.

Iran, Turkey, EU countries and Arab states have in the past pledged billions of dollars/euros to rebuild Lebanon after wars with Israel. That will very likely happen again.

Unfortunately, have to agree with you as the Americans and Israelis are looking for a fight or so it seems

Unfortunately, there is no choice but to look for a fight when a terrorist organization with 150,000 rockets is at your border and the country they are located in has neither the power or will to eradicate the terrorist state they have built in southern Lebanon.

Israel would rather not be at war with Lebanon, but Khamenei the Iranian pinhead can't help fighting to the last Lebanese.

Attack Iran not Lebanon-Why Occident do not help Lebanon to take out Hezbolla??

so you post what you want..... do not bother

There is nothing left to destroy in Lebanon anyway. What are they gonna do? Blast the Zouk Electrical plant? It won't make any difference anyway...

Hezbulla is putting the entire Lebanon at stake because of their engagement in Syria for Al Assaad and the death of one fighter?... go back to Iran and Syria you devil!