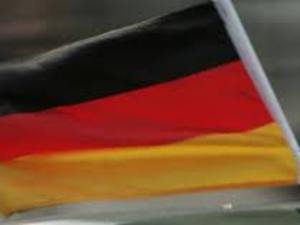 Investors put up bids for 30 billion euros worth of the 10-year bonds, around five times the issue volume, according to German public bank LBBW analyst Elmar Voelker.

Even at this early stage, Voelker said "Germany is well on the way to becoming a benchmark issuer in the field of sustainability bonds."

A further bond issue will come before the end of the year.

In August, the finance ministry said it would raise up to 11 billion euros in 2020 to support climate-related projects.

The green bonds are "twin bonds", issued alongside conventional federal bonds with a similar maturity and rate of return, the finance ministry said.

Germany is looking to become a key player in  eco-friendly finance and last year  announced it would launch the bonds in the second half of 2020 as part of its efforts to combat climate change.

Berlin has earmarked spending of 54 billion euros to 2023 as part of a climate package that includes introducing a carbon tax to cut greenhouse gases by 55 percent by 2030 compared with 1990 levels.

The European Central Bank is also getting involved. Its chief Christine Lagarde said in July that climate protection was a top priority for the bank, after it unveiled a plan worth 1.35 trillion euros to help the European economy recover from the coronavirus pandemic.

Lagarde started at the ECB late last year with a pledge to pursue a "greener" monetary policy, raising the prospect that the bank could increase the share of climate-friendly investments in its portfolio.

Green bonds accounted for 2.85 percent of global bond issuance in 2019, or around 205 billion dollars, according to the ECB, almost half of which were issued in euros.