Renault's F1 Team to Race as Alpine from Next Season 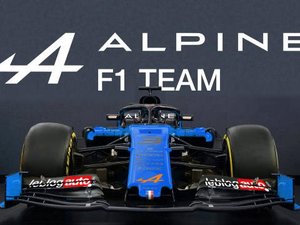 Renault will change the name of their Formula One team to Alpine from next season, the French constructor announced on Sunday.

"We will race under the name Alpine," Renault chief executive Luca de Meo told a press conference at Monza, ahead of the Italian Grand Prix.

Cyril Abiteboul will remain as team principal, he confirmed, revealing the team's cars will be given a makeover in the red, white and blue of the French flag.

"Renault has been in F1 for 43 years and the name remains on the engines," De Meo said.

Renault's high performance Alpine brand enters F1 after competing with distinction in rallying where they claimed the inaugural world championship in 1973, and on the endurance circuit.

For the 2021 season French driver Esteban Ocon will be joined by Fernando Alonso who in July was announced as replacement to the McLaren-bound Daniel Ricciardo.

"Alonso is a brand in himself, he is a very important asset," De Meo said of the Spaniard.

Renault have not claimed a podium finish since their own return to F1 in 2016.

But the French car giant's new chief believes sweeping new rule changes in 2022 and spending caps from next year "gives us a good chance to compete on the same level" as rival teams.

"You have to win on Sunday to sell on Monday," said De Meo, borrowing Henry Ford II's maxim.

"We want to see results."

The name switch is part of the Renault Group's restructuring of its four brands - Renault, Alpine, Dacia and New Mobility - under De Meo who took office in July.

Renault purchased the Alpine brand in 1973, but did not resume road cars production until 2017, after a break of 22 years.

They are the fourth team to change name in recent seasons following Sauber, Toro Rosso and Racing Point's switches respectively to Alfa Romeo, Alpha Tauri and, from next year, Aston Martin.