Army Investigates Blast at a Garage in Tayr Felsay 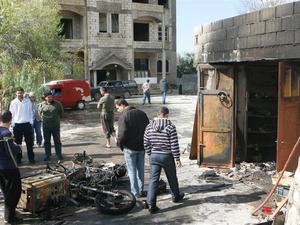 The Lebanese army cordoned off a house in the southern town of Tayr Felsay after a suspicious blast at its garage on Saturday, the National News Agency said.

In cooperation with UNIFIL, the army found two power generators and a motorbike at the garage of the house owned by Rida Shalhoub, NNA said.

Tayr Felsay lies some 20 kilometers east of the southern coastal city of Tyre.

The army launched an investigation into the incident and conducted patrols along with UNIFIL in the town.

The blast was heard in nearby villages and towns, NNA said.