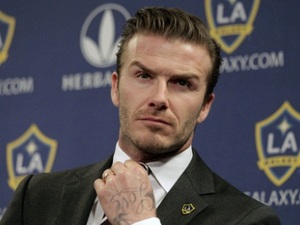 David Beckham's eSports company hopes to raise £20 million by listing its shares on the London Stock Exchange as it bids to become a leading force in the booming industry.

Guild, whose founding shareholders include former England and Manchester United star Beckham, said it was aiming to create a training and scouting infrastructure modeled on Premier League talent academies.

"Additionally, David Beckham will use his global influence and following to support the development of the company's brand and business," it said in a statement.

The company said some eSports tournaments were attracting bigger audiences than events such as Wimbledon and the Tour de France.

"Guild will be the first eSports franchise to join the London stock market, which will provide us with the cache, credibility and capital to fulfil our ambition to become one of the world's top 10 eSports franchises within three years."

Guild Esports plans to raise £20 million ($26 million) on the London market and is aiming for a valuation of £50 million.

According to figures given by Guild, by 2019 eSports had a total of 443 million viewers, with the market projected to grow to 646 million viewers by 2023.

Beckham, who has a broad range of business interests, is the latest high-profile sports star to spot opportunities in the eSports market.