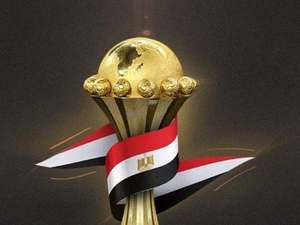 The sports ministry said Wednesday it has referred a probe into a missing African Cup of Nations trophy which Egypt has possessed since 2010 to the prosecutor general after a string of explosive allegations.

"The ministry of youth and sports has referred the file of the loss of some important silverware from the warehouses of the Egyptian Football Association (EFA) to the prosecutor general," it said in a brief statement on its Facebook page.

The investigation was launched last week when celebrated ex-national goalkeeper Ahmed Shobair said the EFA found that the gold trophy, along with other awards from previous tournaments, had gone missing.

Officials were preparing to inaugurate a museum showcasing Egypt's football memorabilia in time for the EFA's centenary when the loss was realized, Shobair said on his popular talkshow.

Another former football hero Magdy Abdelghani, along with the EFA, waded into the debate suggesting ex-national team players and coaches Ahmed Hassan and Shawky Gharib knew of the 2010 African Cup of Nations (AFCON) trophy's whereabouts.

But former football officials said it was looted during a fire in 2013 caused by protesters, known as the Ultras, at the EFA headquarters in Cairo.

The accusations prompted the sports ministry and EFA to kick off investigations that have been closely monitored by Egypt's legions of fervent football fans.

Hassan and Gharib have both dismissed any link to the disappearance.

The continent's football governing body, the Confederation of African Football, said Sunday it had "learnt with shock reports of missing AFCON trophies from the Egyptian Football Association secretariat".

"Our doors are open and the @EFA can count on our support in the search for the priceless memorabilia," it tweeted.

Egypt is the most successful country in Africa Cup of Nations history, having won the trophy a total of seven times since 1957.

But the Pharaohs were knocked out at the last-16 stage last year when Egypt hosted the biennial tournament.