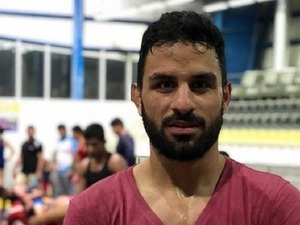 Iran's foreign ministry on Monday summoned Germany's ambassador over tweets condemning the execution of a wrestler, accused of murdering a man during a wave of anti-government protests in 2018.

The ministry "strongly condemned" the tweets and told German envoy Hans-Udo Muzel that the reaction was considered to be an "interference in the internal affairs" of Iran, according to an official statement.