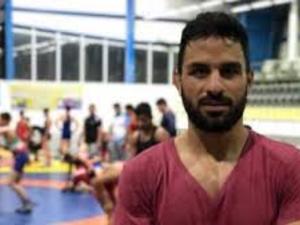 The EU on Monday joined the chorus of condemnation Iran's execution of a wrestler for killing a man during anti-government protests in 2018.

"The European Union condemns this execution in the strongest terms," an EU foreign affairs spokesperson said in a statement.

The European Union opposes the use of the death penalty in all circumstances but the execution of 27-year-old Navid Afkari has raised special concern.

"We will continue to engage with Iranian authorities on this issue including through the local EU representation in Tehran and also on individual cases such as this recent execution."

"There were considerable doubts about the rule of law in the proceedings, and we also take very seriously the allegations that Navid Afkari confessed only under torture," she said.

Afkari, was executed on Saturday at a prison in Shiraz, having been found guilty of "voluntary homicide" for stabbing to death Hossein Torkman, a water department employee, on August 2, 2018.

Shiraz and several other urban centers across Iran had been the scene that day of anti-government protests and demonstrations over economic and social hardship.

The International Olympic Committee said it was "shocked" by the execution and it was "deeply upsetting" that pleas by athletes around the world and international bodies had failed to halt it.

US President Donald Trump had pleaded for Afkari's life earlier this month, saying his "sole act was an anti-government demonstration on the streets".

Brussels often condemns alleged rights abuses in Iran, but has stood by the international nuclear deal with Iran despite U.S. pressure to restore sanctions.

Britain, France, Germany, China and Russia are struggling to save the landmark 2015 accord despite Iran stepping up its nuclear activities since the United States pulled out of the deal in 2018.

Tehran insists it is entitled to do so under the accord -- which swapped sanctions relief for Iran's agreement to scale back its nuclear program -- following Washington's withdrawal.