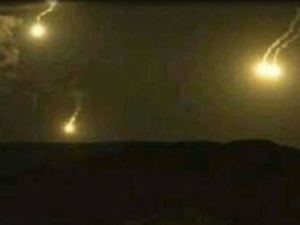 NNA said Israel fired six flare bombs over the Hounin Valley in the district of Marjayoun.

For generations, Israel is still technically at war with Lebanon. It deems the Iran-backed Hizbullah party as the biggest threat across its northern border.