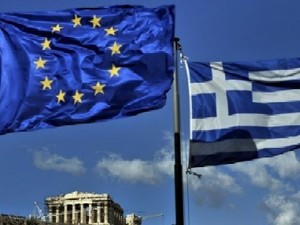 Greece's defense minister on Wednesday dismissed reports that his country would spend 10 billion euros on an arms overhaul announced at the weekend.

What appears to be Greece's most ambitious military overhaul in nearly two decades was unveiled as it is engaged in a growing stand-off with Turkey over hydrocarbon resources and naval influence in the waters off their coasts.

"It's not a 10-billion-euro spending spree, let me make that very clear," Nikos Panagiotopoulos told an Economist conference in Athens, responding to press reports about the cost of purchases.

"It's a series of very calculated, prioritized, smart moves addressing our needs to the maximum.

"We have to be very selective... we will not do it without limits... it will take place over time," he said.

Prime Minister Kyriakos Mitsotakis on Saturday announced a major arms program involving warplanes, frigates, helicopters and 15,000 full-time soldiers to be hired over the next five years.

The initiative, which includes upgrades of another existing four frigates, is also designed to create thousands of jobs by pouring resources into the national arms industry, he said.

The prime minister later clarified that 12 of the Rafales would be pre-used, and did not put a price tag on the overall program.

The first Rafales will likely be delivered in 2021, while offers will be invited for the frigates which have a 10-year delivery horizon, he said.

The bitter row between NATO allies Greece and Turkey has roped in other European powers, raising concern about a more widespread escalation.

Mitsotakis is believed to have hammered out the program announced on Saturday after talks with French President Emmanuel Macron during a summit of southern European leaders in Corsica last week.

In contrast to other EU and NATO allies, France has strongly backed Greece in its burgeoning showdown with Turkey, as well as Cyprus.