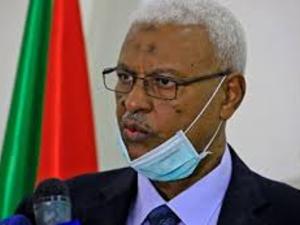 Sudanese authorities on Wednesday said they had arrested 41 people for possessing a large amount of explosive materials, including a compound similar to that which caused a catastrophic explosion in Lebanon last month.

"Forty-one people were arrested in possession of explosives, enough to destroy (the capital) Khartoum," said public prosecutor Tagelsir al-Hebr in a press conference, adding that his office had opened an investigation.

Intelligence gathered since August on "the movements of terrorist groups" led to the arrests, according to Jamal Jumaa, spokesman for the paramilitary Rapid Support Forces.

"We fear now that some Sudanese people will resort to carrying out sabotage and bombings," he said.

"This is a threat to Sudanese national security."

Jumaa said the materials seized included an explosive compound similar to that which caused the massive blast in the Lebanese capital on August 4.

The explosion of tonnes of ammonium nitrate at Beirut's port killed at least 190 people and devastated large swathes of the city.

Sudan is currently led by a transitional government, which took power months after the April 2019 ouster of longtime president Omar al-Bashir.

The government has vowed to rebuild the economy, beleaguered by decades of US sanctions and internal conflict under Bashir's rule.

But the country has continued to suffer severe economic hardship, which played a key role in triggering the unprecedented anti-Bashir protests in December 2018.

Since 1993, Khartoum has been on a Washington blacklist of state sponsors of terrorism, a designation that has kept away much-needed foreign investment and strangled Sudan's economy.

Post-Bashir transitional authorities have been has pushing to end the country's pariah status and boost its standing among the international community.

During the press conference, Jumaa warned that the transfer of explosive materials to neighboring countries could derail the process.

Before even being removed from the U.S. blacklist, "we fear that we will once again be classified as a state sponsor of terrorism," he said.