No Deal with Israel, but Saudi Pushes Outreach to Jews 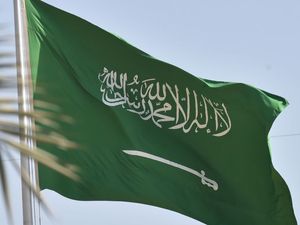 From scrubbing hate-filled school textbooks to a taboo-defying religious sermon, Saudi Arabia is pushing for another kind of normalisation after declining to establish formal relations with Israel -- co-existence with Jews.

Saudi Arabia has said it will not follow its allies Bahrain and the United Arab Emirates in establishing diplomatic relations without a resolution to the Palestinian issue, even as it cultivates clandestine ties with the Jewish state.

Having Saudi Arabia, an Arab powerhouse and epicentre of Islam, forge a similar deal would be the ultimate diplomatic prize for Israel, but the kingdom is wary that its citizens -- sympathetic to the Palestinian cause -- may not be ready for a full embrace.

Saudi Arabia, however, is pushing to change public perceptions about Jews with a risky outreach to a community that has long been vilified by the kingdom's clerical establishment and media, laying the groundwork for an eventual recognition.

School textbooks, once well-known for denigrating Jews and other non-Muslims as "swines" and "apes", are undergoing revision as part of Crown Prince Mohammed bin Salman's campaign to combat extremism in education, officials say.

"The Saudi government has also decided to prohibit the disparagement of Jews and Christians in mosques," said Saudi analyst Najah al-Otaibi.

"Anti-Jewish rhetoric was common at Friday prayers of the imams in mosques used to address Muslims around the world."

In a stunning U-turn, a preacher in the holy city of Mecca triggered a social media storm this month when he spoke of Prophet Mohammed's friendly relations with Jews to advocate religious tolerance.

The sermon was by Abdulrahman al-Sudais, the imam of Mecca's Grand Mosque who courted controversy in the past for strongly anti-Semitic views.

Mohammed al-Issa, a Saudi cleric who heads the Muslim World League, won praise from Israel in January after he travelled to Poland for events marking 75 years since the Nazi death camp Auschwitz was liberated.

Earlier this year, the kingdom announced the screening of a Holocaust-themed film for the first time at a movie festival, before it was cancelled due to the coronavirus pandemic.

The kingdom has also pursued a bold outreach to Jewish figures, including in February when King Salman hosted a Jerusalem-based rabbi, David Rosen, for the first time in modern history.

"When it comes to Saudi Arabia and Israel establishing relations, it is a question of 'when', not 'if'," said Marc Schneier, an American rabbi with close relations to Gulf rulers.

"Part of the process that all Gulf countries have and are going through on the road to normalisation is first pushing warmer ties between Muslims and Jews and then moving more boldly into discussing Israel and the Gulf."

Arab News, the kingdom's main English-language daily, whipped up a social media storm at the weekend when it briefly changed its social media banner on Twitter and Facebook with a greeting in Hebrew for Rosh Hashanah, the Jewish New Year.

The newspaper recently published a lengthy series on the Jews of Lebanon, and plans a similar instalment on an ancient Jewish community that lived in what is today Saudi Arabia.

The newspaper's editor Faisal Abbas told AFP the coverage "was not tied to Israel" but aimed at connecting with "Arab Jews worldwide".

The coverage marks a departure for tightly controlled media in the absolute monarchy.

Saudi media outlets have previously branded the Jewish state as the "Zionist" enemy, but largely hailed the recent deals struck with the UAE and Bahrain.

Fuelling speculation about quietly warming relations with Israel were two television dramas on the Saudi-controlled MBC network during this year's fasting month of Ramadan.

In a controversial scene in one of the shows, "Exit 7", one Saudi character brushes aside the taboo of doing business with Israel, saying Palestinians are the real "enemy" for insulting the kingdom "day and night" despite decades of support.

The moves indicate that the kingdom is not opposed to normalisation with the Jewish state after having resolutely supported the Palestinians politically and financially for decades, observers say.

But Israel formalising relations with unelected Arab governments "is not the same as Israel making 'peace' with Arab people", said Giorgio Cafiero, the chief executive of Gulf State Analytics.

Data from a rare Saudi public opinion poll published last month by the Washington Institute for Near East Policy suggests many Saudi citizens are not in favour of a deal.

Despite the Saudi media outreach to Israelis and Jews, "a mere nine percent of Saudis" agreed that people in favour of business or sports contacts with Israelis should be allowed to do so, according to the Institute's David Pollock.

"What peace? Peace after all that (Israel) has done, killing and war?" Bader, a young Saudi citizen in Riyadh, told AFP.

"It's difficult for this to happen between (Saudis and Israelis). I won't support it."

Yes to less hate on BOTH sides, will Israel normalize its ties with the closest neighbor "the Palestinians" if you can't be sincere and trusted with your closest neighbor do you expect to be good with the far one?

It is a pity that you start throwing out blame without checking the details.
There have been at least four rounds of talks between Israel and "the Palestinians" (whoever they are).
Every single time "the Palestinians", at first Arafat and later Abu Mazen, were offered over 90% of the disputed territory, they refused to accept the offer and walked away from the talks instead of sitting down and trying to obtain more.
For the past 5 years Abu Mazen, "the Palestinian" President whose term of office officially ended over 10 years ago and has refused to hold Presidential elections (or any elections in fact), has refused on every occasion offered to him even to sit down with the Israelis, so that part of your comment "You can't be sincere and trusted with your closest neighbour" certainly applies more to him than to the Israeli side.

It is good that so many of the Arab States, especially the Sunni ones realise that the future starts where we are now, in the 3rd decade of the 21st century.
The rest, whether it be the Palestinians, the Syrians, the Iraqis or the Iranians are of the opinion that the world will support them dragging them back into the 15th-16th Century.
Unfortunately, at the moment at least, the Lebanese are caught up in this struggle with the backward thinking fanatics gaining ground all the time.