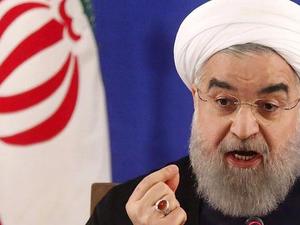 Iran on Thursday accused Saudi Arabia of distorting facts and shifting the blame for its own "crimes", after the Saudi king slammed the Islamic republic in a UN address.

King Salman alleged in a speech Wednesday to the UN General Assembly that Iran had "targeted" oil facilities in the Sunni-ruled kingdom last year. He also accused Iran of "expansionist activities" and "terrorism".

"Saudi Arabia has for years tried to escape realities and not answer for its crimes by adopting a policy of projecting the blame and distorting the facts," spokesman Saeed Khatibzadeh said in a statement.

Riyadh and Washington accuse Tehran of involvement in September 2019 attacks on Saudi oil facilities claimed by Yemen's Iran-backed Huthi rebels. They also allege Tehran arms the Huthis for attacks on the kingdom. Iran denies the charges.

The Islamic republic, for its part, accuses Saudi Arabia of committing war crimes in Yemen, where the kingdom leads a military coalition against the Shiite Huthi rebels.

In the statement, Khatibzadeh called Riyadh "the main financial and logistical supporter of terrorism in the region" and the "origin of takfiri terrorist thinking".

Officials in Shiite Iran use the term "takfiri" to refer to Sunni jihadists.

The foreign ministry spokesman called the kingdom a "wretched creature" among Arab countries over its support for US pressure against Iran and attempts to expand ties with Iran's arch enemy Israel.

Tensions escalated last year over a series of attacks on tankers in sensitive Gulf waters, which Washington blamed on Tehran.

The United States has waged a campaign of "maximum pressure" against Iran since 2018, when President Donald Trump unilaterally withdrew from a landmark nuclear agreement and reimposed punishing sanctions.

Yeah sure, that's all they are good for always blame someone else and never even think of talking responsibility for their actions.

What a vision of beauty