BA Says will Resume Libya Flights in May 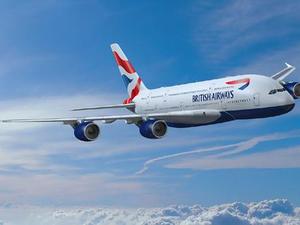 British Airways will resume its flights to Libya's capital Tripoli in May, 15 months after they were suspended due to violent unrest in the North African country, the airline announced on Monday.

"British Airways plans to resume flights to Tripoli from Tuesday May 1, 2012," said a statement from the company, which is now part of International Airlines Group alongside Spain's Iberia.

"The return of services between (London) Heathrow and Tripoli follows a thorough security review in conjunction with the UK Government and the Libyan authorities," the airline added.

The company will keep the frequency of services under review and will operate a small Airbus A320 on the route, according to a spokesman.

British Airways chief executive Keith Williams added: "We are delighted to be returning to Libya.

"Our flights to Tripoli have provided a vital economic link for many years, and it is good news for everyone that we can now restart operations. The airline will fly to and from Tripoli three times a week."

BA operated daily flights to and from Tripoli before the successful uprising against the regime of Moamer Kadhafi in 2011.

Also last year, British Airways and Iberia merged to slash their costs, as the global economic downturn and the rise of low-cost airlines resulted in steep losses for traditional carriers.