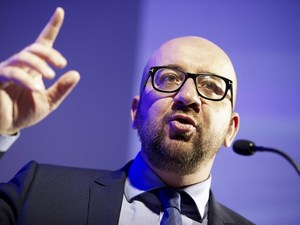 European leaders insisted Thursday that Britain must implement the terms of its existing Brexit withdrawal treaty, European Council president Charles Michel said after the first stage of an EU summit.

"As we dealt with the withdrawal agreement and protocols, they must be fully implemented, full stop," Michel said, as the EU tried to push responsibility for saving trade talks back on Prime Minister Boris Johnson.