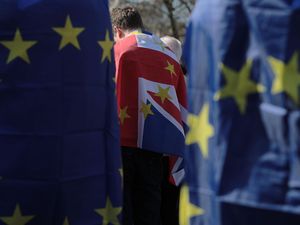 Prime Minister Boris Johnson was set Friday to announce whether Britain will continue or cut off Brexit talks after the EU urged him to give ground to avert a potentially disastrous "no deal" at the end of the year.

Responding to the warning issued at an EU summit, Foreign Secretary Dominic Raab said: "We are all disappointed and surprised by the outcome of the European Council.

"We've been told that it must be the UK that makes all of the compromises in days ahead. That can't be right in negotiations," he told Sky News television.

Speaking on BBC radio, Raab added: "There's a deal to be done, but there needs to be flexibility on both sides, energy and goodwill and political will on both sides, and the prime minister will say more (later Friday)."

Irish prime minister Micheal Martin said EU leaders had given Barnier "the necessary flexibility to continue with the negotiations... to ensure a comprehensive fair and free trade deal".

"That's how we would like to see things evolve from now and in the future... to bring this to a conclusion," he told reporters in Brussels.

The insistence of France and other northern EU fishing nations on maintaining access to British waters has been another key stumbling block in the talks so far.

Johnson had set the summit as a deadline for a deal, but is under pressure after fresh warnings that British companies are nowhere near ready for the consequences of a cliff-edge divorce when a post-Brexit transition periods ends on December 31.

Britain wants to reassert sovereignty over its waters and refuse EU legal oversight over any deal -- insisting it wants a trade deal of the kind the EU has signed with Canada.

Brussels in turn stresses that Britain's economy is far more integrated with the EU's than Canada's, and that its single market must be protected from British backsliding.