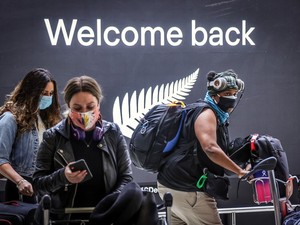 Australians living under lockdown in the southeast of the country are eyeing a return of freedoms this weekend as coronavirus numbers reached a four-month low Friday.

The state of Victoria recorded just two new coronavirus infections over the previous 24 hours, signalling a major step toward reopening Melbourne, the country's second biggest city, after months of lockdown.

"Today is a very positive day."

But the next move out of lockdown would still be relatively conservative, he said, highlighting the need to keep social distancing measures in place to avoid another outbreak.

Australia was beginning to relax virus restrictions in June when a bungled hotel quarantine system in Melbourne leaked coronavirus into the community, sparking a second wave which infected thousands and killed more than 800.

After months of restrictions that included an overnight curfew in Melbourne, bans on public gatherings and roadblocks, the nation's prime minister on Friday congratulated Victorians on suppressing the outbreak.

"It's time to ensure that we can now move forward and give Victorians and Melburnians the opportunity to build back, to recover what has been so terribly lost," Prime Minister Scott Morrison said.

He also announced an expansion of a quarantine hub in the country's north to allow more Australians stranded overseas to return home.

Tight limits on the number of travellers allowed into the country left some 30,000 citizens stranded overseas.

In another sliver of good news, Morrison welcomed the arrival in Sydney Friday of the first flights of a one-way travel bubble with New Zealand, which has been even more successful in stemming the virus spread.

There were emotional scenes at Sydney airport after the first flight arrived, reuniting friends and families who had been separated for months.

The long awaited fall in Victoria's case numbers has raised hopes that domestic travel in Australia would open up ahead of the antipodean summer, supplying much needed tourism to regions that have struggled since the pandemic began.

But Morrison said it would still be "many, many months" before broader international travel was allowed as Australia strives to protect its success in curbing the coronavirus epidemic that continues to flare in many countries.

Successes Down Under stand in stark contrast to the situation in Europe, where authorities from Spain to the UK have this week moved to implement tough new lockdown measures in the face of a continent-wide surge in infections.

The US, too, reached eight million confirmed cases on Thursday, with epidemiologists warning the country could be headed towards a feared 'third peak' in daily infections.

And in a sign of the ongoing threat of the virus even in Australia, a growing cluster of cases in Sydney's southwest has forced officials to delay a further relaxing of restrictions in the city until next week.

The country has recorded over 27,000 cases of the virus and 904 deaths in a population of 25 million.