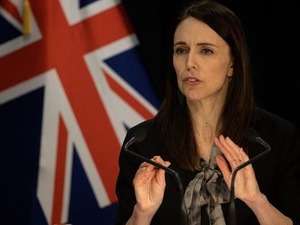 "To Prime Minister Jacinda Ardern, who I have phoned, congratulations on your result because it is, I believe, an outstanding result for the Labour Party," Collins said in a televised speech.

With a quarter of the vote still to be counted, Labour has 49 percent of the vote and its ally the Green Party has 7.6 percent, with Collins' National Party holding 27 percent.