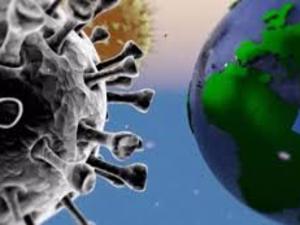 Here are the latest developments in the coronavirus crisis:

The coronavirus remains active on human skin for nine hours, say Japanese researchers, which they say shows the need for frequent hand-washing to combat Covid-19.

The pathogen that causes the flu survives on human skin for about 1.8 hours by comparison, says the study, published this month in the Clinical Infectious Diseases journal.

The novel coronavirus has killed at least 1,111,152 people since the outbreak emerged in China last December, according to a tally from official sources compiled by AFP at 1100 GMT on Sunday.

Public radio says about one million young children will return to kindergartens and other facilities Sunday.

Businesses not involving face-to-face contact with the public are allowed back to work, and a contentious ban on individuals moving more than one kilometre from their homes is lifted.

As of midnight, Melbourne's five million residents no longer have a two-hour limit on the time they can spend outside their homes for permitted activities.

They can also travel 25 kilometers (15 miles) from home for exercise, shopping for essentials, socializing and work in essential professions -- up from five kilometers previously.

The Swiss government says it is making the wearing of masks in indoor public spaces compulsory after a "worrying" rise in coronavirus infections.

Gatherings of more than 15 people in public will also be banned under the rules to take effect on Monday, while service in restaurants and bars will be restricted to seated customers only.

Director-General of Health Ashley Bloomfield says the latest case involves a port-side worker who returned a positive test on Saturday afternoon -- the day Ardern was re-elected in a landslide victory.

Italy's government agrees 39 billion euros in extra spending to tackle the coronavirus crisis there: 18 billion euros in EU aid and the rest from a decision to increase the country's deficit.

Measures include 1.4 billion euros to extend short-term contracts of doctors and nurses, 400 million towards vaccines and 1.2 billion to hire 25,000 teachers.

Paris and eight other cities experience their first night under the new curfew as the number of new cases in France reach a new record, with 32,000 recorded.

The nine cities most affected by the surge now live under a 9 pm to 6 am curfew, which will last at least four weeks.