Tesla to Export Cars Made in China to Europe 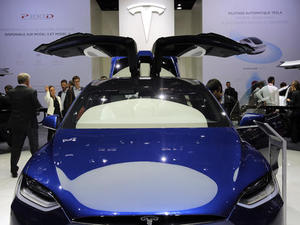 Tesla will this month begin exporting cars to Europe that are made at its new factory in Shanghai, the fast-growing U.S. electric carmaker has announced.

The Model 3 vehicles will be shipped to more than 10 countries including France, Germany, Italy and Switzerland, the group said in a statement sent Tuesday to AFP.

"This decision is evidence of the excellence of Chinese manufacturing," the company said.

Last year, Tesla built its third factory in China’s financial capital in a record 10 months. It already has facilities in New York and Nevada.

The first factory outside the United States should offer Tesla key access to China's auto market, which is now the largest both in the world and for the US company.

It is a key step forward in Tesla CEO Elon Musk's strategy of going global.

The multi-billion-dollar plant is unusual for China, which typically requires foreign automakers to forge manufacturing joint ventures with domestic firms, which means sharing profits and technology with local partners.

Musk has said the factory will eventually have an annual production capacity of 500,000 vehicles.

Exporting cars from China to Europe will allow Tesla to reach the lucrative European market before its fourth factory is up and running outside Berlin.

The Tesla Model 3 -- its mid-price, mass-market offering -- is more compact and cheaper than the firm's Model S and Model X.