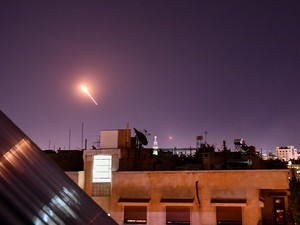 An Israeli strike hit the province of Quneitra in southern Syria, state media reported on Wednesday.

A missile hit a school in a village in Quneitra's northern countryside, the official SANA news agency said, without providing additional detail.

The Britain-based Syrian Observatory for Human Rights also reported a missile attack on the area, saying Israel was "likely" responsible.

The war monitor said that the attack hit a base for pro-Iran militias.

Along with Russia, Israel's nemesis Iran has been a key backer of the Damascus regime in its nine-year-long civil war.

Israel has carried out hundreds of air and missile strikes on Syria since the civil war broke out in 2011, targeting Iranian and Lebanese Hezbollah forces as well as government troops.