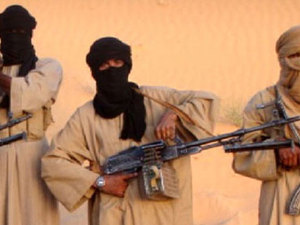 Algerian forces have killed a senior Islamic militant linked with two attacks in 2007 in the capital Algiers that left dozens dead, local media reported on Sunday.

Kamel Bourihane, also known as Abou Hafs, was ambushed by the Algerian army on Friday while travelling in a vehicle in the Bouira region, about 120 kilometers (75 miles) southeast of Algiers, the El-Khabar newspaper reported.

Bourihane was a top-ranking official in the Al-Qaida of the Islamic Maghreb (AQIM) militant group and had been involved in planning the bomb attacks in April and December 2007, which killed at least 70 people.

His death was not immediately confirmed by official sources.

Algerian newspapers also reported Sunday that security services had dismantled an AQIM cell in the southeast of the country that had been planning attacks in Europe, in particular in France.

Fourteen militants were arrested in the sweep in the Batna region at the end of December, the El-Watan newspaper quoted security sources as saying.

Violence involving armed Islamists ravaged Algeria and claimed between 100,000 and 150,000 lives for about 15 years from the early 1990s, but has considerably dropped off in intensity during the past five years.

AQIM developed from Algeria's most radical Islamist movement, the Salafist Group for Preaching and Combat, and is now active in several north African and Sahel nations, including Mauritania, Niger and Mali.