Bahia Hariri: Former PM Hariri’s Blood Will Only Be Means to Establish State that Harbors All its Sons 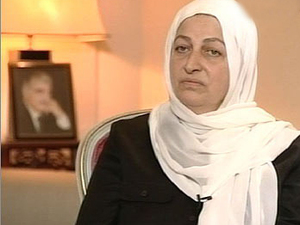 MP Bahia al-Hariri stressed on Sunday that former Prime Minister Rafik Hariri’s assassination will only be a means for the establishment of a better life and a just state that harbors all its sons.

She said during a speech commemorating the sixth anniversary of her brother’s death: “The martyr’s blood will not be a means to reach power because it belongs to the youth who rose up against crime and oppression against them and their stability, security, and future.”

“The Lebanese youth’s hope for freedom, peace, and democracy, and their keenness on their country has not waned,” she stressed.

“The policy of isolation cannot build a state, it has been tried repeatedly, but to no avail, but it only made matter worse,” she said.

Hariri called on all the Lebanese who feel oppressed to stand firm in their convictions “because no power can marginalize them.”

The MP issued a word of thanks to Saudi King Abdullah and “all who gathered in Syria” for their efforts in helping Lebanon end its crisis.

She announced that a prayer for the slain premier will be held Friday at the Amin mosque, adding a request to Maronite Patriarch Nasrallah Sfeir to hold a prayer for peace and stability in Lebanon next Sunday.