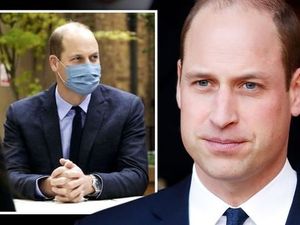 Prince William, second-in-line to the British throne, contracted coronavirus in April but kept his diagnosis secret, media reported on Monday.

The Sun newspaper said the Duke of Cambridge, 38, was diagnosed shortly after his father, heir-to-the-throne Prince Charles, announced he had caught the virus in late March.

But he did not make the diagnosis public "because he didn't want to alarm the nation", the tabloid said. The BBC also reported the story, quoting a palace source.

William's Kensington Palace office would not confirm the reports when contacted by AFP but also did not deny they were true.

"There were important things going on and I didn't want to worry anyone", the prince was reported to have told a guest at an engagement, adding he was "determined it should be business as usual".

Palace doctors treated the prince, who isolated at the family home in Norfolk, eastern England, where he carried out telephone and video call engagements, said the Sun.

It quoted an unnamed source as saying that "William was hit pretty hard by the virus -- it really knocked him for six".

"At one stage he was struggling to breathe, so obviously everyone around him was pretty panicked," the source added.

Charles went into self-isolation after announcing on March 25 he had mild symptoms of the virus, which has claimed almost 47,000 lives in Britain.

On April 17, William revealed his concern for his 71-year-old father's health, and his grandmother, Queen Elizabeth II, and grandfather Prince Philip.

"We are doing everything we can to make sure they are isolated away and protected from this but it does worry me," he told the BBC.

The queen, 94, and the Duke of Edinburgh, 99, went into self-isolation at Windsor Castle, west of London, as a precaution because of their age and heightened risk.