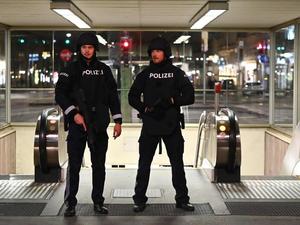 Turkey on Tuesday strongly condemned the deadly shooting spree in Vienna, saying it stood in "solidarity" with the Austrian people and was waging its own campaign against terror.

"We are saddened to receive the news that there are dead and wounded as a result of the terrorist attack that took place in Vienna," the foreign ministry said in a statement.

"As a country that has been fighting against all sorts of terrorism for decades Turkey stands in solidarity with the Austrian people."

At least four people were killed in a shooting spree across multiple locations in the Austrian capital late Monday.

One of the suspected killers, who was shot dead by police, has been identified as an Islamic State sympathiser.

With 116,000 Turkish nationals, according to official figures, Austria has Europe's third-largest Turkish diaspora, after Germany and Serbia.