Equities Rally after Biden is Declared Winner of U.S. Vote 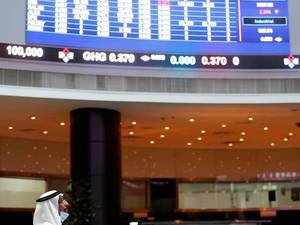 Stocks, oil and high-yielding currencies rallied Monday after Joe Biden was declared winner of the US election at the weekend, lifting a major source of uncertainty, while traders are hoping lawmakers will now focus on passing a new stimulus for the world's biggest economy.

While Donald Trump has yet to concede and has launched several legal challenges, it is widely accepted that Biden will become the 46th president, removing a crucial hurdle for equity traders this year.

Observers said the focus will now be on Biden's economic and foreign policy approach, with optimism for a less tumultuous leadership following four years of the bombastic real estate tycoon.

"Mr Biden is perceived in Asia as being likely to reengage in international trade, a positive for Asia," said OANDA's Jeffrey Halley.

"There may also be some dialling down of the geopolitical tensions in the region, although I suspect that China and American butting heads are now entrenched as the new normal."

Markets were already surging last week as it became apparent the former vice president was on course for victory and that Republicans would likely hold the Senate, allowing them to rein in any big regulatory or tax policies.

Wall Street futures also rallied, with the Dow, S&P 500 and Nasdaq all seen opening more than one percent up.

Traders are now looking to Capitol Hill hoping for a fresh rescue package for the economy after lawmakers failed to hammer out anything despite months of haggling, though any new plan will not likely be as big as what would be expected from a Democrat-led Congress.

"More fiscal support is likely forthcoming," said Invesco strategists including Brian Levitt. "While it may not be the outsize fiscal package that the Democrats had envisioned, it will likely be large enough to provide an additional boost to the economic recovery.

"Paradoxically, a more modest fiscal bill may serve to extend the market and business cycles, as it would be unlikely to bring forward the inflationary pressures that presage Fed tightening and the end of cycles."

However, observers said better-than-expected US jobs data last week could complicate moves to push a bigger spending bill through Congress, with Republicans already suggesting they would rather pass a more targeted package.

Senate Majority Leader Mitch McConnell said of a new stimulus: "Something smaller, rather than throwing another $3 trillion at this issue, is more appropriate."

Of the jobs numbers he said: "That, I think, clearly ought to affect what size of any rescue package we additionally do."

"It would still be a targeted package to specific areas" that the White House wants, he said.

Oil prices rallied more than two percent on hopes that new economic help will give a boost to demand for the commodity, though the imposition of virus lockdowns in several countries in Europe is keeping a lid on gains.

And on currency markets, the dollar dropped against high-yielding units including the South Korean won, Australian dollar and Indonesian rupiah on expectations for a big spending bill and US rates being kept at record lows for the foreseeable future.

The Chinese yuan was sitting at its highest level since June 2018 on easing concerns about relations between Beijing and Washington.

Analysts said a new stimulus was crucial for helping the economy as coronavirus spreads rapidly through the United States, with almost 10 million people having contracted it.

"Further positive vaccine development news would help offset some of the increase in hospitalisations and deaths."