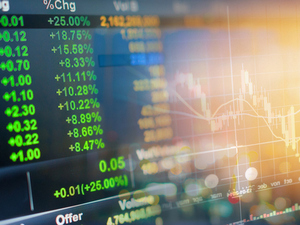 Financial markets were calmer Tuesday but sizeable gains continued for some stocks and oil prices on hopes for a coronavirus vaccine.

"Yesterday's market surge was arguably a knee-jerk reaction to the potential game-changing (vaccine) news with more consideration paid to the potential rewards than the risks," noted Russ Mould, investment director at AJ Bell.

"That said, the vaccine news from Pfizer was very encouraging and investors have every right to be more bullish.

"After all, the stock market is all about pricing in what people think might happen, not what’s already happened."

US pharma giant Pfizer and its German partner BioNTech on Monday revealed that their vaccine candidate was 90 percent effective in preventing Covid-19.

But others pointed out that data from the ongoing trial was still needed for review, including the ages of the participants.

Gains among individual share prices were led by companies that have been hammered for most of the year by lockdowns, particularly airlines.

Singapore and Bangkok each soared more than three percent.

However tech firms which have benefitted from people being kept at home retreated, as did medical equipment makers.

The Dow on Wall Street ended with a gain of 3.0 percent Monday, lifted also by Joe Biden's US election win.

"The clearing of the election fog has permitted underlying market fundamentals to come back into focus and the most recent vaccine news suggests a 'return to normality' should be coming sooner rather than later," said Seema Shah of Principal Global Investors.

"All the chips are starting to line up, and market sentiment may be in the early stages of a burst of positive energy."

Biden's win provided a boost to investors looking for less chaos after four years of Donald Trump, and Republican success in holding on to the Senate will limit attempts by Democrats to push through big tax and regulatory changes.

A massive new US stimulus package is meanwhile yet to be agreed.