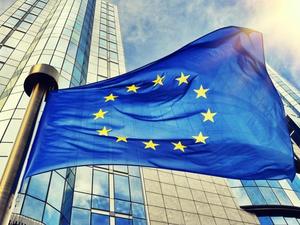 The accord caps four months of intense wrangling over spending priorities agreed at a marathon leaders' summit in July.

"The agreement has been reached following intensive consultations with the Parliament and the Commission that have been underway since the end of August," the European Council said in a statement.

A spokesman for Germany, which negotiated on behalf of member states in its role holding the bloc's rotating presidency, tweeted that it was "a deal for Europe" that boosted some EU programs "while respecting EUCO (the EU summit's) conclusions."

The head of the EU executive, European Commission president Ursula von der Leyen, welcomed the deal but called for the recovery plan to be implemented quickly.

Although EU leaders had signed off on the combined package at the summit, MEPs -- whose approval is needed for it to be passed -- dug in their heels over two issues.

The biggest was on making spending from the coronavirus fund, which is a mix of grants and loans, conditional on the EU member states receiving funds adhering to rule of law and democratic principles.

That was overcome last week when the parliament and German negotiators reached a "provisional agreement" on the issue -- an agreement that Hungary Prime Minister Viktor Orban is still resisting.

The other obstacle was MEPs insisting that the EU return to former pledges -- that had been overturned during the long summit horsetrading -- to inject extra funding into programs such as health, education and research.

Money allocated for those areas in the 1.07-trillion-euro seven-year budget was adjusted down at the summit to get approval for the coronavirus package.

Under the agreement reached Tuesday, EU states agreed to kick in an extra 15 billion euros for those programs, the European Council statement said.

Most of the money would come from fines levied on companies breaching EU competition laws, diplomats said.

The final compromise amount was far short of the 100-plus-billion-euros the MEPs had initially called for, but in the end they accepted the additional spending as a win.

It also hailed the "rule of law conditionality" that had been introduced.

Dacian Ciolos, head of the centrist Renew Europe Group, called the agreement "a game-changer" for Europeans facing economic and career adversity from the pandemic.

Michael Clauss, Germany's ambassador to the EU, called it a "well-balanced deal" and said "we urgently need the recovery fund up and running to cushion the dire economic consequences of the pandemic".

He added: "No one needs new hurdles and further delays."

That emphasis hinted at a potential unresolved problem related to the rule-of-law issue.

The EU's member states now need to endorse the accord reached with the parliament.

But Hungary, which has been chastised along with Poland for what the European Commission sees as breaches of rule of law, has threatened to use its veto.

And on Tuesday, his government accused Brussels without evidence of executing a plan by U.S. financier George Soros -- who backs liberal causes in Europe and is a frequent target of conspiracy theorists.

"The 'rule of law mechanism' is merely a new instrument in the hands of the EP's liberal, pro-migration majority to blackmail and pressure dissenting member states to fall in line," the Hungarian government said.

An EU diplomat on Tuesday acknowledged that looming problem, telling journalists on condition of anonymity that "we all know about Orban's announcement and we are now in touch to see what can be done."

The diplomat added, however, that he did not expect the parliament to make any concessions on that point.

"The negotiations are closed, I do not expect that they will be reopened," the diplomat said.