Shots Fired at Saudi Embassy in Netherlands, No One Hurt 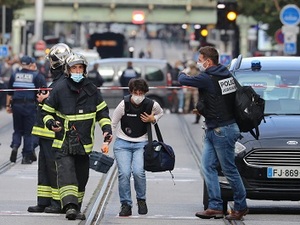 Several shots were fired at the Saudi embassy in the Dutch city of The Hague but no one was hurt, police said on Thursday.

"Just before 6am (0500 GMT) we received a message that a shot had been fired at a building in The Hague. There were no injuries," police said on Twitter.

A number of bullet casings were found at the scene after the incident, the Dutch news agency ANP quoted police as saying.

Local media said there were 20 bullet holes in the building and showed pictures of some holes in windows. There was no confirmation of the number of shots by police.

Officers have sealed off the scene and forensic teams are conducting an investigation, police said.

The motive for the shooting was not known.

The incident comes a day after a bomb blast struck a World War I commemoration attended by French and other diplomats in the Saudi city of Jeddah Wednesday, wounding at least two people.

But no shots ever get fired at the Iranian embassy:)