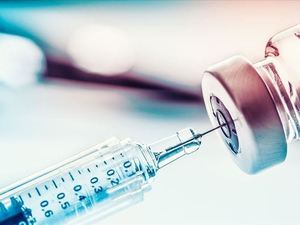 Data indicating that a vaccine being developed against Covid-19 is highly effective is the "best science news of the year", a pharmaceutical industry association chief said, voicing hope that other vaccine candidates would show equally good results.

"A vaccine that has 90 percent efficacy and is pretty safe, that is a historic breakthrough," the head of the International Federation of Pharmaceutical Manufacturers and Associations (IFPMA), Thomas Cueni, said.

"This was the best science news of the year," IFPMA's director general told AFP in an interview.

Hopes are also high that one or several of the vaccines under development will also help rein in the Covid-19 pandemic, which has killed nearly 1.3 million people out of the over 51.5 million infected.

There are currently more than 40 candidate vaccines against Covid-19 being tested on humans, with a handful in the most advanced Phase 3 trials.

Cueni acknowledged that more data was needed on the Pfizer and BioNTech candidate, which is based on an innovative technology that has never been approved for use before.

The companies based their announcement on interim results from the last step in their clinical trial before officially applying for approval.

Cueni voiced confidence that any major safety concerns with the Pfizer-BioNTech vaccine would have been known.

"We still need to see the (full) efficacy and the safety data," Cueni said, but stressed: "There is now genuine reason for optimism that these vaccines are basically considered safe."

He said there is still a long list of unknowns about the vaccine's protection, including whether it will be equally effective in all age groups and how long the protection might last.

Another pressing question is whether it will not only protect a person from Covid-19 infection but also prevent that person from transmitting the virus.

But Cueni said the data so far indicated the vaccine candidate was far more effective in preventing Covid-19 infections than the 50-percent efficacy threshold required by some regulators before considering authorisation.

This was "big news", he said, particularly "since I think there is reason to hope it won't be the only one."

"We will see more good results."

Cueni said safety and efficacy data on at least four other vaccine candidates, being developed by Moderna, AstraZeneca, Novavax and Johnson & Johnson, would be known within the next few months.

He was optimistic that enough data would soon be available to win approval for using one or more of the Covid-19 vaccines.

And the large developers had already scaled up their manufacturing capacities, and were each in a position to produce upwards of a billion doses next year, he said.

But Cueni acknowledged there were numerous logistical challenges to actually inoculating the huge numbers of people it would take to bring the pandemic to a halt.

And he voiced concern about high levels of vaccine hesitancy in many countries.

Pharmaceutical companies were taking that challenge particularly seriously, he said, insisting they were going "way above and beyond the normal regulatory requirements" in terms transparency and data-sharing from trials.

The industry understood the importance of ensuring any authorised vaccine is trusted, he said.

Without trust, "the negative spillover on vaccination overall would be disastrous."