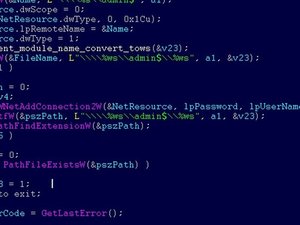 Moscow on Tuesday vehemently rejected claims by Microsoft that Russia was behind cyber attacks on companies researching coronavirus vaccines and treatments, saying it was being made a scapegoat.

Russia announced in August that it had registered the world's first coronavirus vaccine, Sputnik V -- named after the Soviet-era satellite -- but did so ahead of large-scale clinical trials.

"We do not need anything other than a normal approach towards the projects we already have in Russia and are promoting including in cooperation with foreign partners," Ryabkov said.

He said Russia and the United States should allow experts to look into the issue.

"However, Washington has persistently steered clear of such dialogue," Ryabkov added.

Last week, Microsoft urged a crackdown on cyber attacks perpetrated by states and "malign actors" after a spate of hacks disrupted healthcare organisations fighting the coronavirus.

The US tech giant said the attacks came from Russia and North Korea.

The Kremlin has previously denied US claims that Russian military intelligence was behind cyber attacks targeting Ukraine's power grid, the 2017 French election and the 2018 Winter Olympic Games, describing them as "Russophobia".