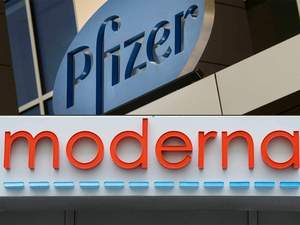 The United States' top infectious disease official said Thursday that two coronavirus vaccines being tested were "solid," and that the speed at which they were developed has not compromised safety or integrity.

Anthony Fauci spoke at a rare briefing from the White House virus task force to reassure some public concerns about the two vaccines -- one from Pfizer/BioNTech and the other by Moderna -- after both companies announced successful trials.

"The process of the speed did not compromise at all safety nor did it compromise scientific integrity. It was a reflection of the extraordinary scientific advances in these types of vaccines which allowed us to do things in months that actually took years before," he said.

And he sought to address fears that the vaccine announcements may have been politically driven.

"It was actually an independent body of people who have no allegiance to anyone -- not to the administration, not to me, not to the companies -- that looked at the data and deemed it to be sound," he said.

Next the data will be carefully examined by the Food and Drug Administration, he said. BioNTech has said it will apply to the FDA for emergency use authorization by Friday.

"So we need to put to rest any concept that this was rushed in an inappropriate way. This is really solid," Fauci continued.

The BioNTech/Pfizer and Moderna shots have taken the lead in the global chase for a vaccine, after large-scale trial data this month showed that their jabs were around 95 percent effective against Covid-19.

The twin breakthroughs have lifted hopes for an end to a pandemic that has infected more than 56 million people and caused more than 1.3 million deaths worldwide since the virus first emerged in China late last year.

Anthony Stephen Fauci is an American physician and immunologist who has served as the director of the National Institute of Allergy and Infectious Diseases since 1984.