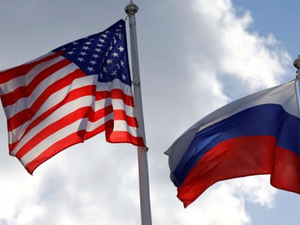 A Russian citizen who worked on naval ships was found guilty of high treason for passing on military secrets to the CIA, Russia's security services said Friday.

Yury Yeshchenko was sentenced earlier this week to 13 years in a penal colony for attempting to supply the United States with information about Russian weapons systems, the Federal Security Service (FSB) said in a statement on its website.

He "decided for self-serving purposes to transfer information to the United States about the promising developments of the Russian military-industrial complex," the statement said.

According to the FSB, Yeshchenko worked for an organisation in the closed Arctic town of Severomosk that supplied radio-electronic systems for ships in Russia's Northern Fleet.

The FSB said that between 2015 and 2017 Yeshchenko made copies of classified information of the fleet's weapons systems, before making contact with the CIA in early 2019.

In July of that year the FSB arrested Yeshchenko in Russia's southern region of Bryansk while he was trying to handover the documents, the security services said.

Yeshchenko, who was sentenced by the Bryansk regional court on Tuesday, pleaded guilty and "repented" in court, the FSB said.

Espionage cases have increased in Russia in recent years.

In June, a Russian court sentenced former US marine Paul Whelan to 16 years in a penal colony for espionage.