Over 60 Prisoners Escape from Baabda Prison, 5 Killed in Police Chase 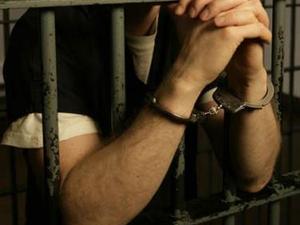 A mass escape from a detention center in Baabda took place on Saturday at dawn where 69 people managed to flee, including five who later died in a car accident on a nearby road, media reports said.

The prisoners broke past tight security at the facility near the presidential palace in Baabda, near Beirut, early in the morning, according to a judicial source.

Security forces cordoned off the area and kicked off a large manhunt.

According to Akhbar Alyawm news agency, the prisoners escaped at dawn from the facility after breaking down the doors of their cells, and beating a security officer who was on his way to collect the trash.

Reports said that the escapees overpowered officials, and managed to lock some security guards in a cell before fleeing away.

The source said that after escaping the prison ground, fifteen have since been recaptured while five others died after a car they hijacked swerved into a tree in slippery road conditions near the Constitutional Council in Hadath area.

Another four had handed themselves back in, leaving 44 on the run.

The state-run National News Agency reported the breakout and crash but did not specify how many people had fled or the accident toll.

Lebanon's Internal Security Forces were not immediately available for comment.

With the remaining detainees still at large, local authorities have called on residents to be on alert, and security forces have deployed heavily to sweep the area.

Speaking to AFP, she said she did not rule out the possibility of "collusion between the detainees and security guards tasked with protecting their cell."

The mass escape comes as detainees across Lebanon have called on parliament to approve a draft general amnesty law that would see thousands of them freed from coronavirus-hit prisons.

Lebanon has recorded over 113,000 Covid-19 cases including 884 deaths since its outbreak first began in February.

The country is currently under lockdown until the end of the month to stem an uptick in infections.

Baabda is a town of extreme diversity: prison en presidential palace , I suggest to merge the 2 buildings with their tenants

Lebanese version of black Friday... Nothing works in this country. Nothing... It's all a bunch of incompetent thieves and thugs... The whole country needs to be burned to the ground, with it's politicians in it.