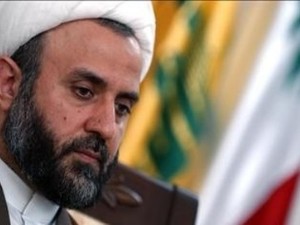 Deputy Head of Hizbullah's Executive Council Sheikh Nabil Qaouq stressed Sunday that "the Resistance has managed to put an end to the episode of falsification and deception that had lasted for more than five years."

"Today, Lebanon is in a better position in the face of the conspiratorial scheme and U.S. hegemony," Qaouq noted.

He warned that "the United States' decision at the moment is to work on obstructing the functioning of the new government."

However, Qaouq reassured that Lebanon is immunized by its "popular and parliamentary majority which believes in the strategy of integration between the army, the Resistance and the people."

He noted that forming a new cabinet in Lebanon would represent "an opportunity for the whole country," stressing that "Hizbullah rejects the monopolization of power and revenge" against its political rivals.