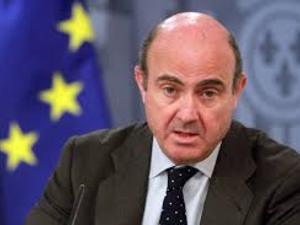 The prospect of former Federal Reserve boss Janet Yellen becoming the next US Treasury Secretary is "good news" for the US and the world, ECB vice president Luis de Guindos said Wednesday.

Yellen's nomination by US President-elect Joe Biden, which needs to be confirmed by the Senate, would make her the first woman in the job.

The 74-year-old would face the daunting task of steering the world's largest economy through the Covid-19 crisis and is seen by experts as favourable to more government spending to provide the necessary support.

The ECB itself has unleashed unprecedented stimulus to shore up the eurozone economy and regularly urges governments to support its efforts through more spending.

"What I can say for a personal standpoint is that Janet Yellen knows perfectly what the US economy needs," de Guindos said at a press conference on the ECB's latest financial stability report.

Yellen did "a very good job when she was the head of the Federal Reserve," he said, adding that her appointment "is good news for the US economy and for the world economy".

At the Fed, Yellen was seen as a "dove" inclined towards low interest rates to support employment.

She would succeed Steven Mnuchin and likely be faced with breaking a months-long deadlock in Congress over passing a new stimulus spending bill for the US economy -- assuming lawmakers do not act before Biden's inauguration in January.

Yellen is a known quantity on financial markets and "has been favourable to the idea of fiscal stimulus," Gregori Volokhine of Meeschaert Financial Services said on Monday.