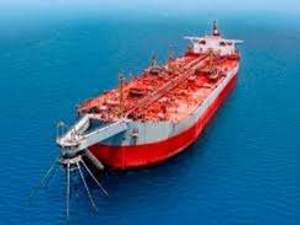 Huthi rebels in Yemen have agreed  to a United Nations mission to inspect and repair the abandoned fuel tanker Safer -- currently anchored off Hodeida and at risk of causing an oil spill -- the U.N. said Tuesday.

The operation could begin by late January or early February, the U.N. spokesman said.

The U.N. has been trying to assess and secure the ship for years, but the Iran-backed Huthis -- who control much of Yemen's north -- have so far denied the international body access as the country has fought a bloody civil war since 2014.

"We have now received an official letter (from the Huthis) on Saturday, indicating their approval for the UN proposals for the planned expert mission to the tanker," Stephane Dujarric said during his daily press conference.

"We still have to work out the exact deployment timeline because it's going to depend on the market availability of the required equipment," he said.

Asked how this plan is different from the one the Huthis agreed to in July, Dujarric stressed that the new accord, reached on Saturday, is more formal.

"It represents an important step forward in this critical work," he said.

"The objective of the U.N. mission is to assess the vessel and undertake initial maintenance as well as to formulate recommendations on what further action is required to neutralize the risk of an oil spill."

The 45-year-old FSO Safer, abandoned near the western port of Hodeida since 2015, has 1.1 million barrels of crude on board, and a rupture or explosion would have disastrous environmental and humanitarian consequences -- it is only about 40 miles (60 kilometers) from the nearest inhabited areas.

Apart from corrosion to the ageing vessel, essential work to curb explosive gases in its storage tanks has been neglected for years.

The UN has said an oil spill could be "catastrophic," destroying Red Sea ecosystems, shutting down the fishing industry and closing Yemen's lifeline Hodeida port for six months.

Independent studies show it could affect countries as far away as Djibouti and Eritrea as well as Saudi Arabia and expose more than 8.4 million people -- many already vulnerable due to famine after years of war -- to heightened pollution.

In August, U.N. Secretary-General Antonio Guterres warned against allowing the Safer to create a situation like the oil spill earlier this year in Mauritius or the explosion at the Beirut port, where neglected hazardous materials cargo exploded like a bomb, leveling neighborhoods and killing nearly 200 people.